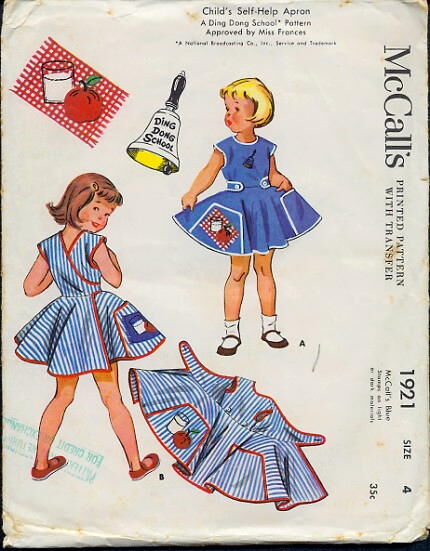 Wrap around "self help apron" (1954), designed so child can dress herself. Ding Dong School, hosted by Miss Frances, was a popular children's television show which aired from 1952-1964. The show had several tie-in products, such as this pattern.

Adult sized version of pattern was released a year later, though not advertised as being connected to the television show. See McCall's 1948

[insert your photos of this pattern made up]

[insert your username, and make sure your preferences allow for people to contact you via e-mail. Do not list your email address here!]

Community content is available under CC-BY-SA unless otherwise noted.
Advertisement